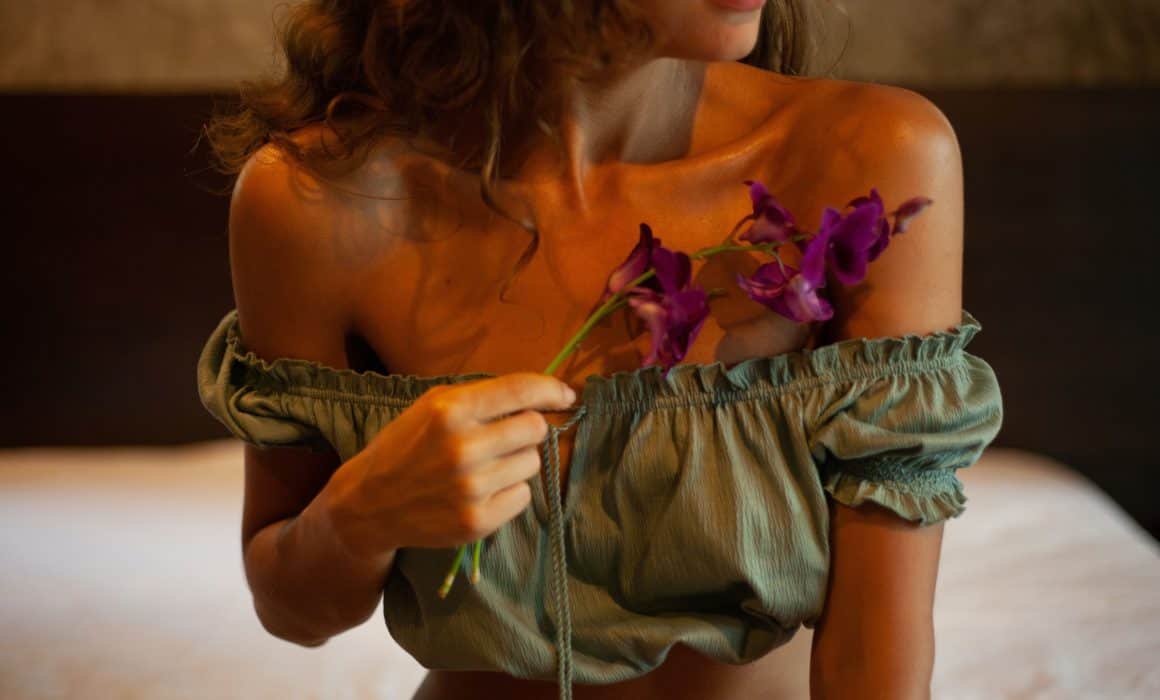 During the 1960s people celebrated eroticism as normal life. Homosexuality was on the rise and the birth control pill allowed women to enjoy sex without becoming pregnant. During this period, we came to learn about the clitoris.

Whether it’s the swinging 60s or now, receiving daily orgasms is the new health standard. According to recent research, it weakens blood pressure in elderly women and improves complexion.

What happens to ladies during orgasm?

Try to think of the climax as a cobweb. Each pussy is individual with exclusive pleasure points which create their own sensations. The sexual response cycle created by masters and johnson divides into four stages: excitement, plateau, orgasm and revolution. This excellent discovery unravelled the mysteries of the female orgasm. Currently, different ideas exist around the physical and mental sensations received during orgasm. Ultimately, the feelings received during orgasm are yours alone.

The body parts involved during intercourse are the nucleus accumbens, cerebellum, amygdala, the pituitary gland and ventral tegmental area (VTA). Sex releases hormones inside your body which create wonderful feelings and help you connect with your partner.

Do both genders have similar climax sensations?

This video shows how the female brain reacts during orgasm. The human brain can be separated into regions based on structure and function – vision, audition, body sensation, etc, known as Brodmann’s area map.

Does growing older affect orgasms? Orgasms are similar to a rare whisky and improve with age. Growing old comes with perks, so buckle up and enjoy the path to more powerful and explosive orgasms.

Why is faking an orgasm unhealthy?

Ever faked orgasm? When striving to satisfy your partner it’s common to lose sight of your own needs. By faking orgasms you’ll start to think your pleasure isn’t as important as your lover. All women should experience a full wetting orgasm. Real orgasms releases oxytocin, which runs from nerve cells to the bloodstream, making you feel bold and optimistic.

You can experience most of the orgasms mentioned below in daily life. Every woman’s vagina is unique just like their DNA. If you’ve achieved orgasm without using your intimate parts, explore that pleasure zone further. The orgasm and how it makes you feel is most important. Given below are eight different types of female orgasm ready for your pleasure exploration:

The most popular orgasm. Great in sensation. Sharp, explosive, intense and easy to achieve.

The mystical one. Pulsating like a volcano eruption. Strong as an elephant. Warm, longing and powerful.

The G-Spot is a watery one. Full of splashy fun and healing adventure. Inducing tears of joy and strong emotions. Manifesting orgasmic energy.

The transcendental one. Mind-bending in its existence. Long, continuous and imploding upwards.

The delicate one. Challenging but surprisingly fun. Relaxing, shame-detoxing and wild.

The loving one. Heart-opening and blissfully healing. Surrendering, subliming and loving unconditionally.

The barrier-breaking one. Joyful throat ecstasy. Trance-like, subtle and super-human.

The mind-blowing one. Joy without body stimulation. Deep, subtle and rejuvenating.

Remember to make love with all of your body, not just the physical one. A healthy mix of both physical and mental elements leads to more powerful orgasms. Want to know more? Visit our tantric therapy in London for a hands-on experience and book a tantric massage with one of our tantra therapists. If you specifically want to learn more about the lesbian orgasm then the Yoni massage is highly recommended. To learn more read The Guide to Yoni Massage and How to Make Your Partner Squirt.

The nipple, also known as the sweet little chest berry, varies in shape, circumference and colour. Arousal of the nipples can create a rising orgasm, which isn’t very common. Unusually, arousal of other erogenous zones isn’t required to obtain orgasm. According to mothers, nipple arousal can activate labour. One should always praise nipples and bow to the dynamic force of the nipple orgasm. In this article, you’ll find some sexy tit tips which will help achieve enjoyable nipple orgasms. Arousing the nipples triggers the mother within and teaches breast adoration.

Some facts about nipple orgasms

If aroused, female breasts grow up-to 25% per cup. Most women appreciate arousal of the nipples but some find it painful. Nipple arousal alone can activate multiple brain regions effected by other orgasms. According to research on sexual health, it triggers parts parts influenced by the clit, vagina or cervix.

Breast is an indogermanic name which evolved via phrase ‘bhreus to sprout’ which means bud which swells. Estrogen causes the breasts to evolve and swell throughout the pendemonium of early teen years. During pregnancy they increase in size to develop milk. Scientists can’t explain why human women are the one species to have enlarged breasts without being pregnant.

Taoist traditions and the nipple orgasm

Throughout the centuries in Taoist Tradition, breasts represent fertility. Historically, humans have viewed landmarks as a phallic breast, you can find examples of this in the phrase ‘a breast shaped hill’. ‘Manacium’ evolved into the word ‘Manchester’ and means breast shaped hill in the Celtic language.

Nipple orgasms spark the Tarzan inside every lady and reveals your primal self. Practise the “deer Exercise” if you’re new to this field. It’s a Taoist technique which cures hormonal shortcomings, increases sexual appetite and regulates menstruation. The technique involves a form of massage that’s delivered using special Taoist techniques.

Tantric therapy and the Nipple Orgasm

Revered in tantric therapy, breasts are divine body parts. According to Tantra therapists, they’re related to the heart, and located on both sides is the secondary chakra. Tantric therapists believe the left nipple is the feminine side of the anatomy and reacts better when stimulated. Stimulation of the nipple sends energy to the chakra which arouses the clit. According to tantric therapists, one should pay homage to the breasts, with massage, lovely apparel and delicate touch.

According to research, arousal of the nipple helps activate the brains genital sensory cortex. Arousing the clit, vagina (or G-spot) and cervix can also spark this part of the brain. Therefore, receiving some similar sensations isn’t unusual when experimenting with nipple arousal.

Through frequent practise and regular massage you can obtain the exotic delights of the nipple orgasm. While having sex ask your partner to suck your nipple and look out for an eruption within your chest. That’s the not so secret sign of a nipple orgasm. A small amount of nipple stimulation is delightful and helps connects the breasts to your heart.

The secrets to having a Nipple Orgasm

To achieve nipple orgasm spontaneously, one should also stimulate the vagina. During ovulation female breasts become more sensitive. Lots of nipple foreplay is key to achieving nipple orgasm. Use fingers, a feather or ask your partner to massage, lick or suck. Alternate the approach and stimulate with varying pressure and touch. If you’re doing everything right, you’ll soon become aroused by the gentle touching and massaging of the breasts. Most women prefer gently massaging though some woman like it rough and want their nipples flicked, pulled and squeezed. It’s crucial to remain in the present when feeling these sensations, note how your body reacts and communicate the feelings to your partner. As you feel the first orgasmic ripples, repeat your method of arousal, until you’re ready to enter orgasm city.

Why play with your nipples daily?

One can mix it up and try different exercise to learn how sensations evolve. The change of different moods encountered during your menstrual cycle represents different sensations ready to experience through nipple stimulation. So make nipple stimulation a daily routine and discover which times deliver the best experience. Achieving nipple orgasms isn’t that difficult. Relax, open up and submit the sensation of nipple nirvana.

Learning about the clitoris orgasm

Some facts about clitoris orgasms

There are many facts which qualify the clit as the most sensitive sexual organ in a woman’s body. Given below are some of these facts:
1. The clit is the primary organ for achieving female climax. About 80% of females need clitoral stimulation to climax.
2. Women are lucky, as the clit has more than double the number of nerves as the penis. Their climax lasts extensive, it’s luscious and more intense.
3. The clitoris grows with age. It can increase up to 2.5% of its height and length after climacteric period.

It’s said that the larger the clitoris, the greater the climax. Well, it makes no difference in this case as the number of nerves in the clitoris remains the same regardless of size. During the 70s, females became so captivated by the clitoris it developed into a symbol of female empowerment. The Greeks viewed the clitoral orgasm as being key to female sexuality. Some females have surgery to change the clit. It’s known as clitoris hood reduction, and can increase sensitivity within the clit. Though, sometimes these surgeries can end up badly, with scarring and infection.

Looking closely at the clitoris

If you take a look at a clit, and you’ll find the clit head (glans) and the hood (atop the clit opening). Viewing the inner detail isn’t possible. This detail consists of the G-spot, the crus of the clitoris (also known as clitoris legs), the urethral sponge, cavernous tissue, and the bulb of vestible.

How does a clitoris orgasm feel?

Well, every climax depends on the person, and most clitoris orgasms provide big sensations. If you ever feel shy to moan, clitoral orgasms will help you overcome that. These orgasms are like volcanic eruptions with powerful waves of bliss. It’s no doubt the easiest climax you can have to quench your sexual appetite. According to research, only 25% of women climax during penetrative sex. Biologists believe the proximity of the clit to the vaginas opening effects climax. When the vaginas opening is near the clit it takes less effort to achieve climax through penetrative sex. The clitoris, urethra and anterior vaginal create the clitourethrovaginal complex. It’s all connected and can create a sensational climax if appropriately aroused.